Phase 8 Broadway Commercial DHA Lahore constitutes of four major blocks. This article hopes to provide a technical insight in these four major blocks namely A, B, C and D. Each block is designed differently than the other. It is inharmonious planning of these blocks which determines the rates in each block. Each block generally constitutes of one major parking area and an area(s) for a shopping mall. The number of 4 Marla and 8 Marla plots vary in each block. Another major difference is of the roads inside each block.

Block A of Phase 8 Broadway Commercial has a very decent approach from the airport road. It has the fewest number of plots among the four blocks. There is one major parking area in A block and the plots surrounding the parking area are the second most expensive after the main road plots. There are two side open main road plots exclusively in A block. Behind these 8 Marla plots are 4 Marla plots with excess area in all of them which are reasonably priced in today’s market. There are three lanes surrounding the parking area and make up for the most expensive non-main road plots. These plots along with the plots facing ring road have similar prices with a price variant of Rs 5 million at the most.

The last lane which constitutes of plot no. 27 onward are 8 Marla boundary plots with excess area in almost all of the plots. DHA continues to expand A block by acquiring lands behind this block. This block was the first one to get possession in all of Phase 8 Broadway Commercial. This block also has the privilege of hosting the biggest shopping mall in the future as the area reserved for the shopping mall is a massive 11.26 Kanals distinguished as plot no. 132. From an investment orientation the plots on the main road and the ones behind it are expected to yield the highest returns.

Another exclusivity which lies with only B block is that it contains the only 4 Marla commercial main road plots 231 and 232, both are corner plots. Traveling from Phase 8, B block is the first commercial area that visitors will see. Seemingly B block main road plots are going to be occupied by various banks and might become a bank square in times to come. There are multiple odd shaped plots in B block because of its size. From an investment point of view B block has proven to give its investors profits of as high as 60%/annum. The maximum percentage profit is expected from the plots behind the main road plots as they have always been under-priced compared to the rest of the blocks in Broadway.

C block is the biggest commercial area of Phase 8 Broadway Commercial in terms of its size in today’s market. C block offers three parking spaces which no other block in Broadway offers. It also has the advantage of the elongated parking space which is absent in any other block. The rates on this parking space are the highest among all 8 Marla commercials apart from the main road. Then there is a 2.54 kanal shopping mall plot no. 239 on the main road which has already been purchased by a major retail brand for its outlet. The 4 Marla plots in C block are for the time being not at a good location compared to other blocks but their prices are relatively higher compared to other blocks because of the limited number of plots.

C block has two major and one minor parking area with the rates varying accordingly. Block C has the added advantage of incoming traffic from the ring road as the ring road exit leads to the dividing road of C and D block respectively. C block as a whole is expected to develop the earliest among all blocks. C block plots behind the main road plots are the most expensive in comparison with the other three blocks. From an investment point of view the most lucrative will be the plots surrounding the parking areas.

Coming to the last but not the least is the D block of Phase 8 Broadway Commercial. D block along with the A block was among the first blocks to get possession in Broadway. D block has always been under-priced which means that a correction is past due which would yield high returns on investment. D block along with C block also has the advantage of the ring road traffic as the road divides the two blocks. D block is the only block which boasts two shopping mall areas on the main road one of 9.56 kanals plot no. 2 and the smaller 7.72 kanals plot no. 1. Both these shopping areas are adjacent to one another.

Another specialty of D block is that it has a 60 foot wide road in the middle of the block which is absent in any other block. D block has a drawback of having the smallest parking area amongst the four blocks. D block also has a proper 4 Marla cutting which would be the commercial zone for the smaller shops or brands. D block also has two 4 marla commercial plots on the main road but the access to these plots is not as prime as the ones in B block. From an investment point of view plots on 60 foot road, main road and especially the ones behind main road in D block are expected to yield high returns as the locations are outclass and prove to be very fruitful in the future.

Mr. Umer Shehzad has been providing consultancy for over five years now after his return to Pakistan in 2011. Along with his personal investments in various sectors of DHA Lahore, he is also part of a team responsible for providing high returns to their clients. With hundreds of satisfied customers he has a knack for the real estate business, and does not only provide consultancy but is also willing to take the necessary risk where required. With his office situated in Phase 8 Broadway, he has a sound understanding of how this market moves as he is present on ground. He is an expert in providing consultancy especially with regards to commercial and residential plots in DHA. 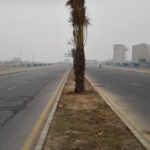 The secret to our success is the loyalty & trust we share with our investors, we win, when you win.
WE DONOT PREDICT TRENDS WE MAKE THEM HAPPEN
Subscribe
We hate spam as much as you do, and you can unsubscribe anytime.
LIFE IS ABOUT MAKING CHOICES & WE WILL HELP YOU MAKE THE RIGHT ONE
We have your back, no matter where you want to invest, we bring you the best developers and projects from around the Globe.