Phase 7 commercial DHA Lahore are a very volatile commodity, with multiple ups and downs you don’t know what to expect from the ever-changing market of Phase 7. Phase 7 commercial DHA Lahore has been always underestimated and the prices have fluctuated heavily in the past especially the tenure from 2013-2015. With the news of possession in 2013 there was a steep jump in the prices overall in Phase 7 after which the prices toppled to the post possession prices which is not the norm. Phase 7 had shown an anomaly and hit a new low. People had to wait two years for the prices to go back to the prices determined at the time of possession.

Phase 7 was believed to be under priced since the beginning and therefore, people would play in forms of biyanas, investors would buy multiple commodities as it wouldn’t cost as much thus creating an artificial investment jump, which would then stick with the market. The reason that the market wouldn’t go backwards was because the people would say “It is still cheaper than a plot in Phase 6, DHA, Lahore”. Now as the gap between Phase 6 and 7 closes and the actual prices are determined of Phase 7 it is believed such games in Phase 7 would come to a halt.

Phase 7 commercial DHA Lahore CCAs bubble which was created due to the Biyana Factor is coming down as of July, 2016. The reason for this being the taxes that have been announced by the Government as of 1st July, 2016. I believe it is still higher in terms of the location of Phase 7 and especially CCAs. In comparative basis Phase 8 Broadway would give you a bad plot in the same price but the overall location is much premium. Once the difference of CCAs of Phase 7 and 4 marla commercials of Phase 8 is widened it is only advisable at that point to make a purchase or two. Another short term investment orientation in Phase 7 is once the market starts going upwards naturally or artificially, in either case to hold a position in the initial stages. One you procure a position irrespective of the fact you get it transferred or not, it is advisable to sell once you are getting a reasonable profit.

A known fact for investors and/or traders is “you can never buy at the bottom or sell at the top”. People who tend for maximum profits end up losing on the profits they are gaining and for people who wait for a plot that is reasonably priced or at a price which from which it had started gaining lose out on the entire game and are entering the market once people have taken out profits leaving them with a plot that no one is interested in buying or they have to hold it for a longer period of time than previously estimated.

In order to invest in Phase 7 residential or commercial it is always advisable to trust your consultant, but first you have to choose someone who understands the dynamics of the market. New comers in property or offices who haven’t previously played in such market is not advisable. CCAs of Phase 7 with the connotation of holding for a longer period of time is advisable only if you procure a premium plot or a standard plot. Other than that buying at a higher price with the perspective of short term gains is only when the market starts shooting upwards. Phase 7 overall won’t give you shorter term profits in a relatively stable market unlike Phase 6 or Phase 8. Phase 7 residential plots on the other hand might add a few rupees every month, but the return on investment ratio is terrible. Buying a plot with direct approach to Barki Road is highly advisable either 4 marla or 8 marla for longer term gains as Barki Road developments are on the way.

Phase 7 DHA commercials have been known to be steady for a relatively longer period, with sudden jumps as a result of an artificial increase and the steady prices for longer periods of time. These commercials will however, prove to be quite fruitful in the longer future, but by then one would have missed various other investment opportunities. Holding of such a commodity is advisable when you have limited investment and a residential stake in Phase 7. Developing markets are highly dependent upon the location before possession. In this case the location is somewhat compromised but prices are expected to increase with time as saturation will take place.

Phase 7 has four commercial areas as given below and then there is the trade of the Phase 7 file which will be explained in another article in detail:

These are in various blocks of Phase 7 clearly outlined and fall in the center of populous apart from one i.e. CCA 4. These commercials of Phase 7, DHA, Lahore will be explained in detail later in another article along with the recommendations for each investment.

Captain Shahnawaz Bhatti (Retd) is the founder and CEO of Imlaak which is based in DHA Lahore. He has represented a large number of investors in a wide array of real estate transactions. With more then 8 years experience in commercial real estate, marketing and real estate project management, he has a proven track record of guiding national and multi-national clients with their real estate portfolios and asset management. He is also an active real estate blogger and offers free advice through his articles. Imlaak handles real estate transactions valued at well over 9000 million every year. Our specific area of expertise includes strategic planning , transaction management, asset trading, partnerships & venture capitalist with experienced business owners, entrepreneurs, inventors & some proven-concept start-ups. In a very short time, Imlaak has introduced a new vision of professionalism, transparency and hard work in the real estate industry. ‘There is no better time to invest in real estate than today’ Captain S. Bhatti 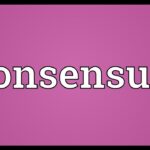